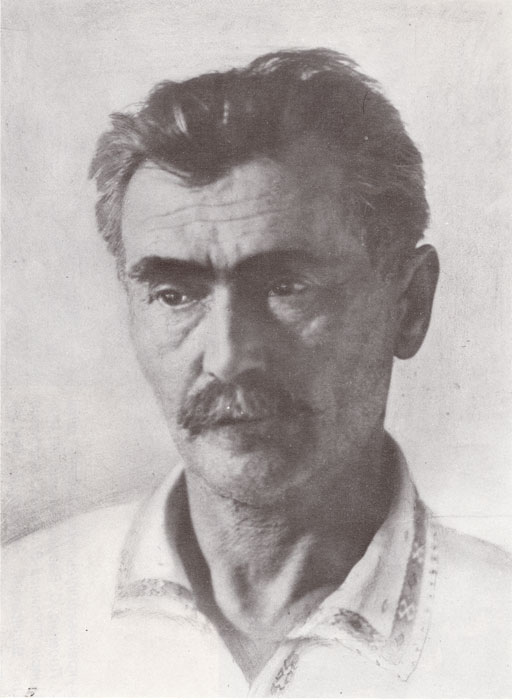 Vasyl Krychevskyi was one of the greatest Ukrainian Modernism artists, an architect, the creator of the national modern style in architecture, and the founder of the national school of cinematic arts. He was born in Sumy region. He graduated from Kharkiv Technical Railway School where he studied architecture and drawing techniques under Professor Zahoskin.

19-year-old Krychevskyi became an assistant of Kharkiv architect Alfred Shpihel (Spiegel), and from him he knew about John Ruskin’s theoretical views on art, and in particular on the role of arts & crafts in the architecture of different epochs.

In 1903, he designed the Poltava zemstvo building in a synthetic national Modernism style. He moved to Kyiv where, invited by the coryphaeus of the Ukrainian National Theatre Mykola Sadovskyi, he was responsible for stage design. He was involved in the cultural life of the city, designed the house of Professor Mykhailo Hrushevskyi, took part in the excavations of the Church of the Tithes under the archaeologist Vikentiy Khvoyka.

After the February Revolution, Krychevskyi was engaged in the organisation of the National Theatre and the Academy of Arts, the president of which he actually became. He received the order from Hrushevskyi to develop the large and small emblems, the state seal, banknotes and stamps of the Ukrainian National Republic.

In 1925, VUFKU invited Krychevskyi as an expert of the Ukrainian folk art to be a consultant and do scenic design of the major biographical film Taras Shevchenko.

In 1928, Krychevsky designed (book covers and over 400 portraits of the Ukrainian poets) the four-volume Anthology of the Ukrainian Poetry, which was, however, withdrawn from circulation and destroyed a few years later.

In 1936, Krychevskyi designed one of the most remarkable Ukrainian early sound films Prometheus of the avant-garde director Ivan Kavaleridze, and the next year he worked on Heorhii Tasin’s film Nazar Stodolia based on Taras Shevchenko’s play of the same name.

The last film designed by Krychevskyi was the first Ukrainian colour film The Sorochyntsi Fair (1938) by Mykola Ekka.

In 1937, Krychevskyi got his second medal at the Exhibition of Soviet Artists in London. That same year, he had his solo exhibition in Kyiv House of Scientists.

During German occupation, Krychevskyi stayed in Kyiv and lectured. In the late 1943, fleeing from the attack of the Soviet troops, Krychevskyi and his family moved to Lviv, where he became a rector of the Higher Art Studio. In 1948, he moved to his daughter Halyna Krychevska-Linde to Venezuela, where he died four years later.