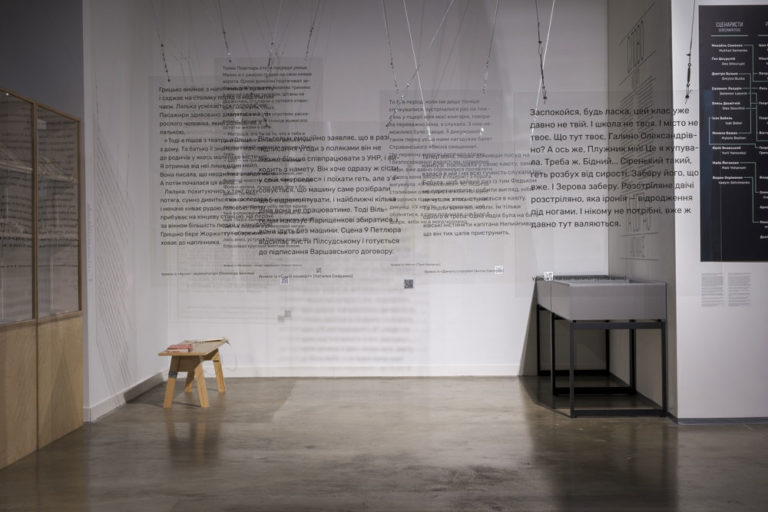 Scripts for VUFKU films were written by such outstanding authors of the 1920s as Maik Yohansen and Mykola Bazhan, Isaac Babel and Vladimir Mayakovsky.

We can often find out about plots of the lost VUFKU films only from librettos and synopses, which were handed out in cinemas before film demonstrations. It is the librettos that helped viewers make sense of what was happening on the screen, and sometimes they imposed their own film interpretation.

We invited well-known modern Ukrainian writers to work with librettos of the most interesting of the lost films, and on their basis, they wrote their own works in different genres and styles.

Along with modern works, there is a wide range of publications of the 1920s, both specialised researches and primary sources of adaptations, which, by the way, made one third of VUFKU stock of films.

The portrait of the leader of the Ukrainian Panfuturism, Mykhail Semenko, editor of Odesa Film Studio, created by Anatol Petrytskyi, tops off this hall.