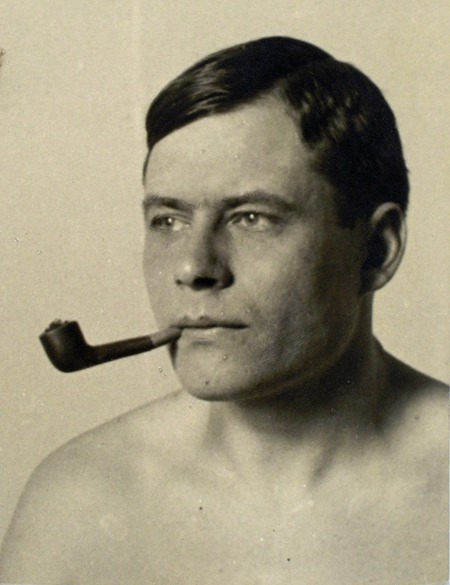 Maik (Mykhailo) Yohansen was a poet, philologist, linguist, translator, founder of report genre in Ukrainian literature, co-author of Oleksandr Dovzhenko’s film Zvenyhora, one of the key personalities of the Executed Renaissance. Besides, Yohansen was fond of hunting, tennis, football, chess, and billiards.

Unlike many other actors of Ukrainian culture, he was born in a large city – Kharkiv, in a family of a Baltic German and a Starobilsk Cossack. In 1917, Yohansen graduated from Kharkiv University with a Master’s Degree in Philology and knowledge of at least half a dozen classical and modern European languages. He translated Schiller, Shakespeare, and Poe, although he began to speak Ukrainian after the revolution.

In 1921, he first published his poems in Kharkiv journal Shliakhy Mystetstva; at that time his first poetry collection D’hori was published.

Yohansen’s further fate was typical for that generation. He took active part in all kinds of literary and journalistic discussions. Together with Mykola Khvylovyi, Volodymyr Sosiura, Vasyl Ellan-Blakytnyi, he founded the Union of Proletarian Writers Hart and worked for VUFKU as an editor. Soon, Yohansen became a founding member of VAPLITE (Free Academy of Proletarian Literature).

Maik Yohansen was a co-author of the script for Oleksandr Dovzhenko’s Zvenyhora, the first, in the opinion of many critics, “Ukrainian” film (by its shape and content). Actually, it was Yurii Tiutiunnyk, an ex-brigadier general of the Ukrainian People’s Republic, who worked for VUFKU as a regular scriptwriter and began to write the script.

VUFKU’s Literary Commission started to work on the film, but the script was given to Maik Yohansen for revision. He first removed all melodramatic moments from the text, then he broadened the historical background, and finally, turned the treasure image into a symbol. Dovzhenko did not like Yohansen’s script. Yohansen officially renounced authorship, succeeded in removing his name from the credits, and fell out with Dovzhenko. Zvenyhora was Yohansen’s first, but not the last script. Later, he wrote at least one more script, Blaze of the Earth, which has not survived. In the next years, he collaborated with Kharkiv theatres and wrote quite cinematic plays for them.

Following a raid, VAPLITE fell into disgrace. Maik Yohansen was one of those invited to Mykola Khvylovyi’s place on 15 May 1933, half an hour before his protest suicide. On 18 September 1937, Yohansen was arrested in his apartment in the so-called House of Writers in Kharkiv, and in October, he was shot in Kyiv NKVD prison.