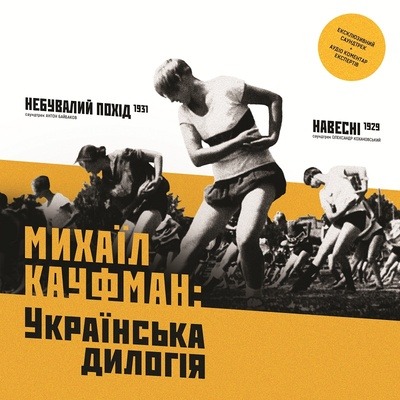 Mikhail Kaufman: Ukrainian Dilogy is a unique volume dedicated to the director Mikhail Kaufman and his two pivotal films In Spring and Unprecedented Campaign, the masterpieces of the Ukrainian and world cinema.

The book attempts to consider the Ukrainian heritage of the director in every detail, to clear it from outdated ideological clichés and reflect critically on the key themes that stand out in his works- from the urban space transformations of the end of 1920s to the background of the Holodomor (Famine-Genocide) of 1932-1933.

Most texts included in the volume were found in archives and are now returned to the academic circulation. Among them one can find studio discussions, poet Mykola Ushakov’s text, notes and theories of Kaufman himself. Moreover, the book has exclusive DVDs with restored films In Spring and Unprecedented Campaign. Both films have unique audio tracks with musical accompaniment and historian’s comments which allow to view the classic of the Ukrainian cinema in a new light and find out what was left behind-the-scenes and out-of-focus.