FROM ACTION FILM TO KULTURFILM 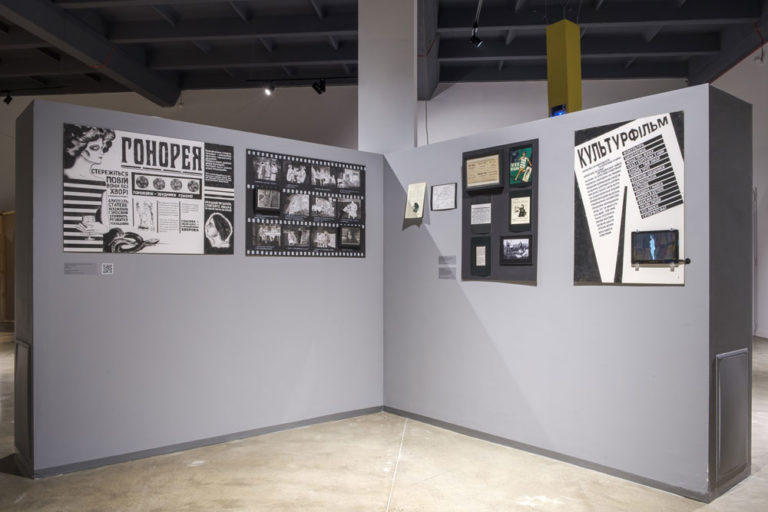 Having overcome logistical challenges, VUFKU had another task to solve – what to film. At that time, films were provisionally divided into fiction and non-fiction (documentary, agit-, educational and kulturfilms).

Inspired by the Italian genre, popular in Hollywood, the only Soviet peplum Spartacus (1926) was filmed in Odesa, and Ilf and Petrov mentioned it more than once in their feuilletons.

Oleksandr Dovzhenko who made his début in the film Love’s Berries (1926) planned to become a director of comedies, which took over the best of Buster Keaton’s American films. VUFKU also paid great attention to children’s films, and a Stockholm native Aksel Lundin became a pioneer here. The new Kyiv Film Studio started its activities with children’s films. In the second half of the 1920s, VUFKU theme plans included social dramas dedicated to village life, issues of national minorities and women’s emancipation.

Among non-fiction genres, the educational film named kulturfilm, following the German model, prevailed. Based on their theme, kulturfilms were divided into educational (namely, devoted to hygiene), landscape, and propaganda. This is the reason why Iryna Stasiuk’s graphic reconstruction of one of the most interesting lost films of this genre, Gonorrhea (1928), is designed as a medical and educational stand.

And the style, distinctive of the Ukrainian cinema and known in the world as a poetic film, appeared at the intersection of genre influences and stylistic searches when Oleksandr Dovzhenko’s Zvenyhora (1927) was released.