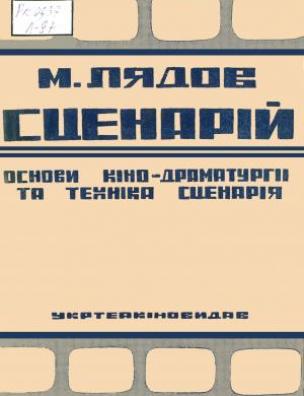 Mykola Liadov (1900-1937) was a Ukrainian scriptwriter and film expert. He wrote the book The Script. Fundamentals of Screenwriting and Script Techniques, worked at Yalta and Odesa Film Studios.